Madeline Wethington has been named Blake's Athena Award winner for the 2018-2019 school year. Wethington is a two sport athlete at Blake, excelling in hockey and golf. She also played soccer at Blake through her sophomore year. Wethington recently signed her National Letter Intent to play Women' s Hockey at the University of Minnesota.

Madeline is a three-time state champion at Blake, winning all of her championships with the girls' hockey team. In hockey, Wethington was named All-State four times and First Team All-Metro twice. This season, Wethington was named All-Metro Player of the Year. She was also crowned as the 2019 Minnesota Ms. Hockey Award winner. Aside from her success with Blake, Wethington has played in three USA U-18 World Championships and led their group as their team captain.

As a golfer, Wethington has enjoyed her successes as well. She has competed in one state tournament as a member of the Blake girls' golf team and has competed in three as an individual qualifier, with one spring left to play.

The other finalists for the award were as follows: Averi Sullivan, Jade Sund, Jade Dombrosky, Grace Vojta, Maddie Tix, Izzy Daniel, Maddy Potter, KK Haug, and Robbie Grace. Congratulations to all of the finalists. 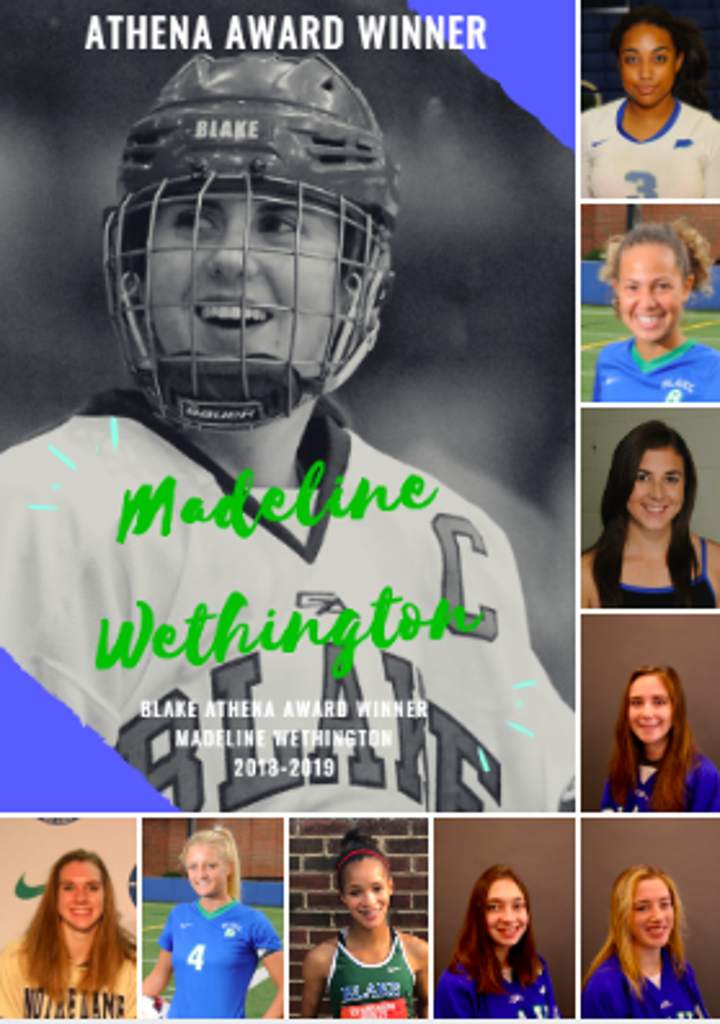